Children and Teenage Care in Greece, Syria, and Libanon

The hot spots of this world seem to be closer to us due to the modern smartphone and internet age. Nowadays, we can see disasters live and instantly. That is a big plus because we can react and help a lot faster.
This lead to our association to start the International Direct Children Care. We only work with selected partners and only help DIRECTLY. Every cent that donors give us will go directly to children and teenagers at focal points. Every support helps us - we offer you different possibilities.

Impressions from our International Projects

The VSPM e.V. cooperates with the organisation VIOLET. This organisation was founded spontaneously and voluntarily in 2011 by some teenagers in the city of Idlib. Their motivation was the start of the Syrian conflict and the bad situation of the people caused by the conflict.

By now Violet has a main office in the city of Idlib and organizes facilities in all ranks. They supply the citizens with food, dispose the trash, created a primary health center, organise fuel for 60 ambulance transporters, put up pharmacies, surgery rooms, and other hospital facilities. The cleaning of the sanitation is on the agenda as well as the buildup of two schools for children and the support of the local agriculture. 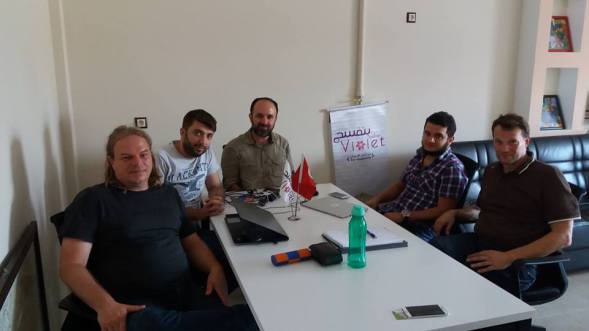 Cooperation talks between VSPM e.V. and its partner organisation Violet in Hatay to improve the terrible situation in Idlib, Syria.

Video from the school in Bselya, Syria

Revitalization of a Primary School in Bselya, rural Idleb, Syria

Support of a primary school near Idlib, Syria, June 2017

2. Care for Children and Refugees in Greece

With our aid partner the Protestant church of German language in Thessaloniki and their contact person Priest Ulrike Weber, the VSPM e.V. helps refugee children and families on their hard way to Europe.
The staff of the association can help locally and directly. The harbour of Thessaloniki provides a direct route to the crisis areas in Syria, Libya, and Iraq.

On May 21, 2016, assistants from the VSPM e.V. visited the church in Thessaloniki. They brought donations for refugee children and helped to redecorate an apartment where new people in need can move in.

The second drive to Thessaloniki started on July 9, 2016. Many donations from the VSPM e.V. could be delivered to Greece with our new transporter. Among the donations were beds, mattress, towels, blankets, tables, a refrigerator, a stove, and other household appliances. With these donations the church could furnish apartments and give shelter for underage refugees and refugee families who lived on the streets.

On June 18, 2016, the VSPM e.V. opened its first cooperation office in Thessaloniki. 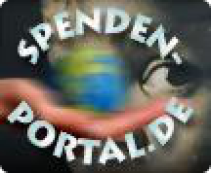 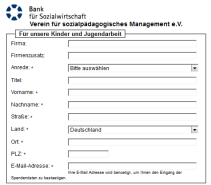